Home › Blog › Business › Which Design Specialization Is Right for You?

Which Design Specialization Is Right for You? 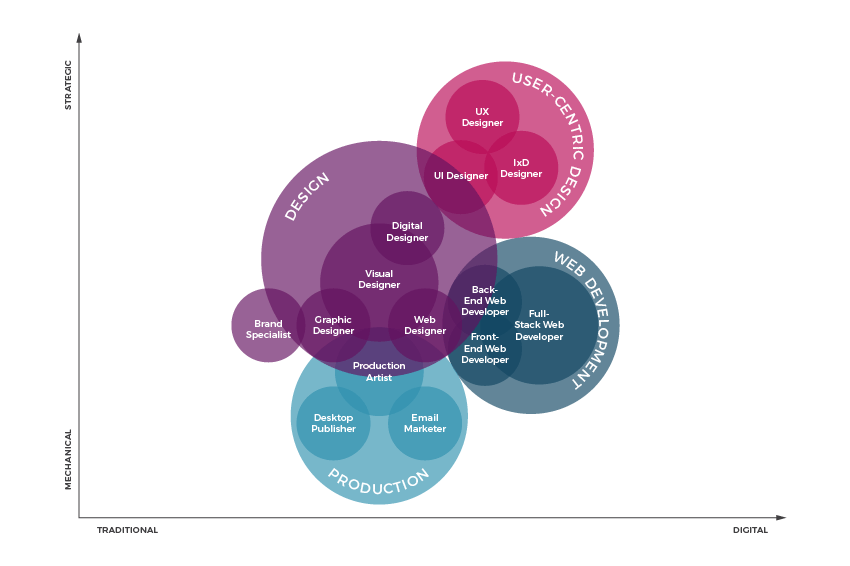 The design specialization of production involves preparing artworks for mass distribution, whether in print or on the web. Early production referred specifically to print.

Print production specialists work closely with a variety of commercial and industrial press machines. Experience working those machines and their computers to perfect colors, sizing, cropping, and alignment on a massive level is becoming a rarer skill set and design specialization. Overall, authority sources like the Bureau of Labor Statistics and IBIS World consider the print production industry mature. As a result, this design specialization tends to absorb into others. 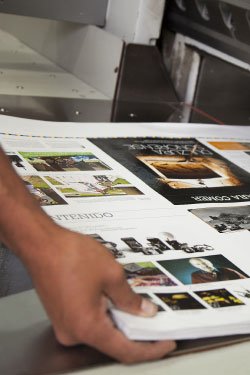 As part of the primary duties, a production artist must: 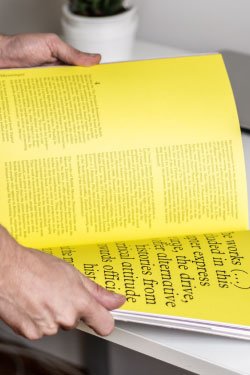 A desktop publisher creates page layouts for newspapers, programs, books, brochures, and other designs that are printed or published online.

As part of the primary duties, a desktop publisher must: 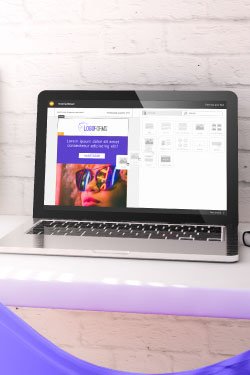 As part of the primary duties, an email marketer must:

Overall, the profession of “design” has inherited many broad meanings, but most simply put, the field of design refers to the skill of combining text and graphics to communicate a business message visually. As a result, the broadness of this field lends itself to expanding into several off-shoots of career paths. For instance, both lateral and vertical moves across design specializations can build a creative career. 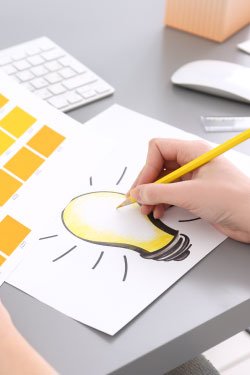 As part of the primary duties, a graphic designer and/or web designer must:

Additionally, a graphic designer must:

Similarly, a web designer must also:

Important duties of the designer that distinguish the designer from other roles, like production artist, include conceptualization and strategic decision making. For instance, the designer thrives when starting with a blank canvas, easily generates new ideas, and produces original artworks that present complex information as graphical representations. He/she possesses a high level of understanding of basic design principles, such as typography, composition, and color theory. 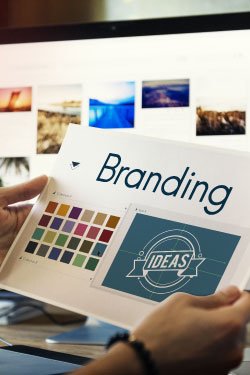 A visual identity is a design vocabulary term that compiles the unique marks to show distinction and/or ownership. The most prominent piece of an organization’s visual identity is the logo. Other pieces of visual identity include business cards, letterhead, printed goods, photography styles, core visual subjects and themes, and any other self-promotional, identifying artworks.

A brand is a marketing vocabulary term that represents the consumers’ perception of an organization, including what the organization does, the manner in which it works, and the values it upholds. A brand is considered successful when the way a company perceives itself and the way its consumers perceive it match. Therefore, a brand is not tangible. Not all brands even have logos or visual identities. (Common examples of brands without visual identities are that of celebrities.)

As part of the primary duties, a brand specialist must:

A brand specialist expands into additional creative roles outside design. Most importantly, brand specialists also conduct marketing and market research. A solid design foundation helps the brand specialist make strategic visual decisions. Yet, those decisions must also be informed by evidence gathered by research and analysis. For example, check out “How To Research A Client During The Branding Process” and “Branding with Peer Analysis & Competitor Analysis” for more insights into the research taking place in a branding design specialization. 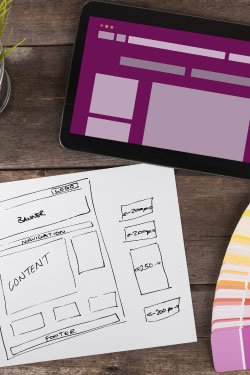 As part of the primary duties, a visual designer must: 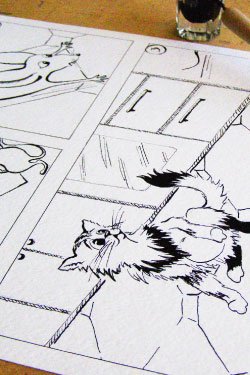 A digital designer plans and visually communicates ideas, concepts, and strategies across digital platforms and rich multimedia to inspire viewers.

Most importantly, the projects digital designers work on are nearly exclusively digital. To clarify, there is no emphasis on graphic design (print layouts) and less emphasis on web design (web page and app layouts). Instead, the greatest emphasis is multimedia creation.

Multimedia designs include animations, 3D modeling, motion graphics, and visual effects. An animation is the visual progression of images which change slightly from each other to create a sense of motion. Animations can be 2D or 3D. Three-dimensional models portray an object in virtual 3D and are used in virtual-reality (VR), TV graphics, video games, and more. Motion graphics are interactive displays of data, like an infographic one can manipulate. Visual effects are animated visual flourishes to design elements to help highlight information and guide users through a layout. Further, some digital designers also incorporate audio elements in their designs.

As part of the primary duties, a digital designer must:

On one hand, a vertical move increases a designer’s technical proficiency and assumes greater management responsibilities.

On the other hand, a lateral move increases a designer’s knowledge of an additional subject and offers a greater role in the overall business. For example, a designer might consider the transition from a role in Production to Design a vertical move. Conversely, the transition from Production or Design into Development is a lateral move. Obviously, several people launch into Development right away, like those from Computer Science studies.

Yet, the crux of the creative-technological field of development is programming. This design specialization focuses on web and app design and development. Developers create web pages, apps, emails, plugins, and a whole range of dynamic, interactive features that add value to designs. 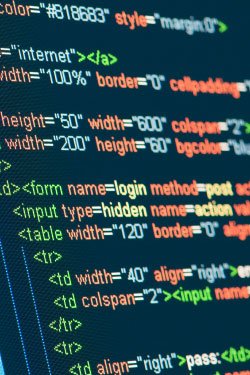 A web developer executes the web designs, including page layouts, website styling, online coding, and animations and graphics, through the use of several web coding languages.

Front-end web developers work with the client-facing side of web designs—whatever appears in a user’s web browser. They primarily utilize HTML, CSS, and JS, although some tools like CSS pre-processors, frameworks, and Content Management Systems (CMS) can help automate repetitive tasks. Front-end web developers establish the look and feel of a website or app.

Back-end web developers work with the server-facing side of web designs—whatever is exchanged and stored in a website’s (or app’s) database, such as user logins, media libraries, and master templates that can automatically populate a webpage template with user or webmaster content. They can make a website dynamic, giving the web pages the ability to “live update” with social media feeds, comments, data calculations, and more. Back-end web developers often know the front-end languages in addition to Java, Python, and PHP.

Full-stack developers refer to individuals who have exceptional skill in both front-end and back-end web development. So, these people are likely rather advanced in their field.

As part of the primary duties, a web developer must:

Additionally, a front-end web developer must:

Again, in addition to all of the above, a full-stack developer must also:

If the web designer provides the creative concepts, the web developer is responsible for the mechanical implementation of the project. Most importantly, a web developer is primarily a programmer and not a designer. They also do not work with print projects at all, like the production artist, desktop publisher, graphic designer would or a visual designer might in other design specializations. However, web development is similar to art production in that the web developer does not work with a “blank slate.” Basically, a designer creates the layout that the developer then matches on the screen via coding. Furthermore, developing for the web is not like using web templates, as a web designer might use. Overall, a web developer writes custom code, from scratch even, to solve creative problems and adapt web pages to evolving objectives.

The field of UCD focuses on how people use design products by exploring their goals and objectives, tracking their journey through an interactive design, evaluating overall design effectiveness based on user feedback, and finally improving the design. Creative professionals in this design specialization identify ways to add greater value to users by making the design accessible, understandable, flexible, attractive, efficient, and many more usability factors. Given how broadly UCD can be applied, there are several off-shoots of this design specialization as well. UCD design specialization includes User Interface Design (UI), Interaction Design (IxD), User Experience Design (UX), Information Design, Data Visualization, Content Creation, and much more. However, this discussion will focus only on the first three. 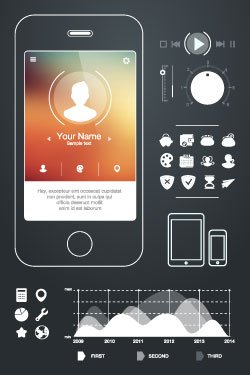 User Interface (UI) designers determine the aesthetic of an interactive design system and select the right elements that maximize user understanding and ease of use. They focus on micro interactions. (To clarify, micro interactions are the individual actions a user might take when interacting with the system.)

As part of the primary duties, a UI designer must:

User interface designers are a kind of web designer that specialize in creating graphical environments for a website or app user. This includes not only defining key points of interaction, such as navigational menus, calls-to-action (CTAs), and input controls on web forms, but also a workflow that is clear and intuitive to users. UI designers don’t focus on planning the whole website aesthetic. Rather, UI designers focus on the points users can modify. However, many UI designers and web designers overlap and combine these two specializations. Compared to other design specializations in this field, it’s important to note that UI design analyzes user experience before the use of a system. 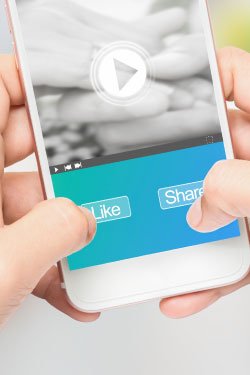 The job responsibilities of an IxD designer can widely vary. Like the various specializations of design, there is often overlap between UCD fields. However, as part of the primary duties, an IxD designer might:

IxD designers provide the strategy behind interactive components and moving parts of a website or app and focus on how an interface responds to a user’s input and vice versa. Unlike UI and UX design, IxD design analyzes user experience during the use of a system. Finally, IxD end-products go beyond styling controls. For example, guiding animations, instructional videos, infographics, and more are common deliverables in this design specialization.

To learn more about the differences between an IxD designer, graphic designer, and motion graphics (visual) designer, visit “What Type of Designer Do You Need?” by Krista Bruun at Upwork. 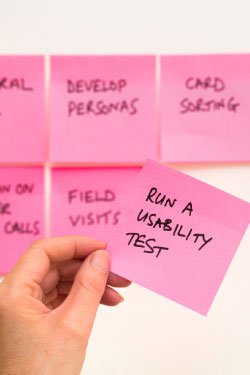 User experience (UX) designers determine the best aesthetic and structure of an interactive design system that help users feel satisfied and accomplish their goals. They focus on macro interactions, the actions users at large might take when attempting to complete a task using a design. UX designers focus on how an interactive design system feels to users, analyzing user experience before, during, and after use of a system.

As you can see, the creative industry branches and merges in several directions.

Many a designer has more than one skill set related to multiple design specializations in a lateral career path.

On the other hand, many designers have become subject matter experts (SMEs) and become high-level design specialists in one particular skill set. That’s primarily a vertical career path.

Furthermore, there are still creative professions and design specializations I haven’t discussed!

What You Get by Hiring a Designer Besides Someone with Adobe

8 Secrets to Lock Down Your WordPress Security