Responsive design isn’t just for websites. While they aren’t new, more businesses are introducing responsive logos to their branding. Why? Responsive logos tackle one of the biggest digital design problems: to retain clarity at extreme sizes. Keep your brand experience high across print and web media as well as across screen sizes.

What Is Responsive Design?

“Responsive design” is a web design approach to flexible layouts in which the designer strategically scales, positions, and hides/reveals elements to make the layout fill the space in a functional and pleasing manner.

Allows the design to both look good and stay useful.

A print design occupies a fixed space. In contrast, a digital design can be infinite. Screen sizes change all the time. Therefore, a designer not only is aware of potential moving parts but also plans on it.

The designer permits some movements. For example, a designer may make an image grow to fill the screen. Another popular move is to stack three columns to create one longer column.

Yet the designer also forbids other movements. For example, the article wrapper stops widening when the designer determines the line lengths are too long to prevent reader fatigue.

These responsive design movements allow the designer to ultimately retain both form and function.

Articles and images aren’t the only elements impacted by responsive design. Logo designs encounter several of the same issues too.

Viewers can’t recognize a brand by a logo that scales so poorly, it’s illegible. Likewise, logo designs for large spaces shouldn’t be reduced to the brand experience of a favicon.

For instance, several branding guidelines suggest that logos be printed no smaller than 1”. Else, viewers can not read the name or tagline. Then brand recognition fails. Yet on the web, common logo sizes includes the 16px favicon. Viewers fail to recognize the standard logo at this size. Designers can substitute another image here, but they would ignore a great branding opportunity.

However, just like responsive web design re-arranges and scales elements to fit a variety of digital spaces, responsive logo design does too.

Responsive logo designs mean no lost branding opportunities. They carry logos through the whole web experience. That’s why you need one!

Why You Need Responsive Logos

Responsive logos are important because they:

As a digital production artist in my current role, I encounter logos that are not responsive. The biggest sign I’ll have trouble is a one-form logo.

For example, the logo might only have a horizontal format with thin text. When I place this logo into a common web ad size like 120×600, it’s barely legible. A stacked logo lets me make the logo bigger to increase legibility. Yet if there isn’t one, I must make the logo as big as possible, nearly the full 120 pixels wide. This boosts legibility only nominally. However, I’ve now crowded the logo with other content. Furthermore, for a web ad, that’s other content not even affiliated with the brand I’m promoting.

Avoid these legibility and branding problems by designing responsive logos.

How to Design Responsive Logos

Responsive logos increase in complexity as the size of the space increases. This way the logo maintains clarity at any scale.

Medium logos remove some of these elements for a simpler look. Just like responsive web design, responsive logo design adjusts visibility for clarity too. Some logos might be able to keep a readable tagline at this size. Others might abbreviate or remove it entirely. Gradients and intricate details can also be hard for viewers to see and discern shape, so they might also be flattened or simplified.

Small logos would certainly remove all but the simplest elements. The smallest logos, like a favicon, might reduce the brand to the symbol part of the logo versus the whole logotype, or perhaps just to an initial.

Logo designer Joe Harrison describes his process of reducing logos elements to the bare irreplaceable at UX Magazine. See examples of his responsive logos below.

All branding guidelines dictate a certain amount of white space around the logo. This way, viewers distinguish the logo from surrounding content. The logo white space also allows viewers to better remember the brand.

On the other hand, a logo loses function without that critical white space.

A logo design fails when it must sacrifice all its whitespace for the clarity of a single element.

If a one-size-fits-all logo has such a small design element (like a tagline) that the logo needs to fill every pixel it can get at the expense of white space, then that logo doesn’t work. The logo becomes another bullet in the content. The layout becomes cluttered and heavy. Viewers don’t know what’s important. The brand is unmemorable.

Therefore, consider variations of the logo design based on scale. Every logo design has unique “break points” (if I may borrow a responsive web design term here).

When an element begins to lose clarity, add another responsive logo variation—for instance, the point when viewers can’t see the tagline well enough to read it. As another example, add a break point when the logo details are so fine, printed inks can’t retain the form anymore. 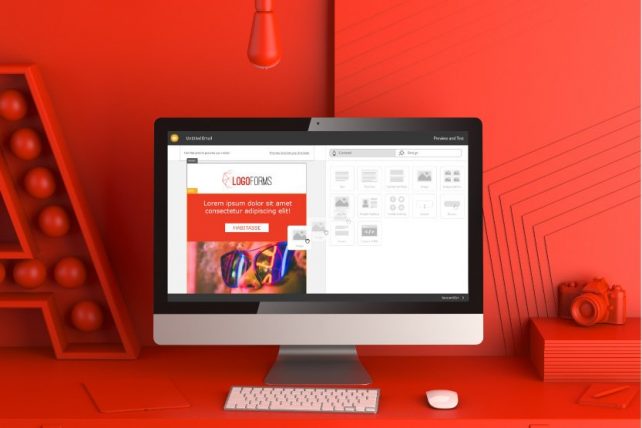 Designing for Digital vs. Print