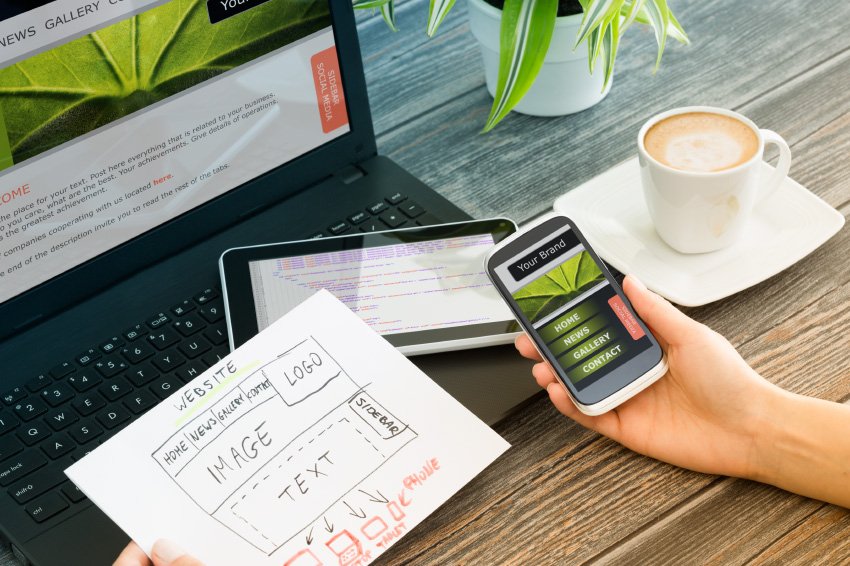 While web design and development overlap in many ways, there are big differences between web design vs. development. Indeed, the skills, tools, and daily duties of web designers vs. web developers might even be called opposites.

Web designers are like graphic designers that specialize in online media. Their main skills include determining the images, fonts, colors, and other graphic elements used to brand a website; laying out web pages; drafting wireframes; positioning buttons, hyperlinks, and navigation; and optimizing images for the web. Creative thinking is vital in this type of role. Web designers primarily work with software such as Adobe Photoshop, Illustrator, and perhaps Dreamweaver.

Web developers are programmers. Their skill in coding is what sets apart developers from designers. Daily tasks of a web developer might include designating headlines and lists for copy text; programming web layouts; adding responsive design for mobile friendly websites; adding interactive links and buttons; validating and debugging web codes; and uploading web pages to a server. Logical thinking is vital in this type of role.

The biggest asset to the web designer is creativity, whereas the biggest asset to the web developer is logic. The biggest difference between designers and developers is that designers do not need to know coding. However, the mature market of design has caused many designers to permeate into development, and vice versa. Many can do a bit of each. For example, web designers might use Dreamweaver, a What You See Is What You Get (WYSIWYG) tool, to create websites. Web developers might also draft their own wireframes and apply design sense. Both might learn Search Engine Optimization (SEO).

It is important to know that web designers and web developers have the same goal: crafting a beautiful, functioning website for YOU. 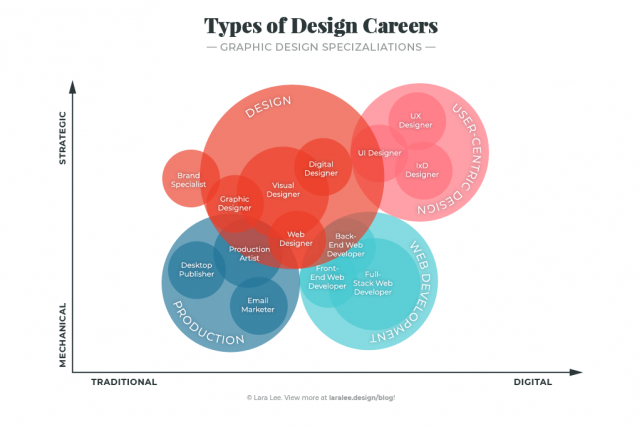 The Types of Design Careers You Need to Know