Work for hire for AFCEA NOVA by Lara Lee while employed at Potomac Management Resources with permission for Lara Lee to display for self-promotion.

The Armed Forces Communications & Electronics Association, Northern Virginia Chapter (AFCEA NOVA) is the largest chapter of AFCEA International, comprising about 7,000 members. This nonprofit professional association connects members from the Air Force, Army, Navy, and Joint Warfighters in government and civilian government agencies. Among their many premiere events, the annual golf tournament is one of the most popular, as it encompasses all military and government branches to produce an excellent, fun-filled networking opportunity. All proceeds generated from this annual event goes toward the AFCEA Scholarship Fund. This fund awards graduate, undergraduate, veteran, and ROTC students scholarships and grants each year to encourage the academic pursuit of STEM fields.

The existing visual brand identity for the Golf Tournament recycled images, signage, flyers, and ads for at least three years running. That brand identity also relied heavily upon a generic stock photo of a golf ball. This did little to differentiate the year’s annual tournament from its predecessors, and still less AFCEA from its competitors. The brand started to appear out-dated. Materials were ineffective in marketing the golf venues each year or getting sponsors excited to contribute again. Therefore, AFCEA NOVA needed to revitalize its Golf Tournament with a creative refresh.

In addition to the creative refresh, Ms. Genovese and I also wanted to support another, on-going goal—attracting younger members to AFCEA’s member base.

Having seen the quality of my work and more modern design flair win over her conservative client, Potomac Management Resources’ Account Manager of AFCEA NOVA, Ms. Laura Genovese, invited me to set the creative direction and branding for 2016’s big Golf Tournament.

The primary goals of this creative refresh include modernizing the visuals, generating excitement for the event and its new venue, and attracting younger members to participate more with AFCEA NOVA events. Therefore, I approached the 2016 Golf Tournament creative refresh with a bolder hand than what my predecessor did.

The most straightforward way to sell the venue was placing photographs of the course within the design that the venue had graciously provided to my employer, Potomac Management Resources, who managed AFCEA NOVA’s communications.

I also wanted to update the fonts. None of the previous designs deviated from using Adobe’s default font, Myriad Pro, and differentiation is necessary. Further, I mixed the fonts, a modern typography trend to add a more complex and varied personality.

Finally, the creative strategy involved an overview of the information hierarchy within the creative refresh. Previous designs seemed to weigh content equally. As a result, calls to action (CTA) like registrations or sponsorships blended into the background. Large swaths of copy failed to draw in viewers. Instead, I emphasized the more important parts with bigger text and CTAs with call-out boxes and other highlights. 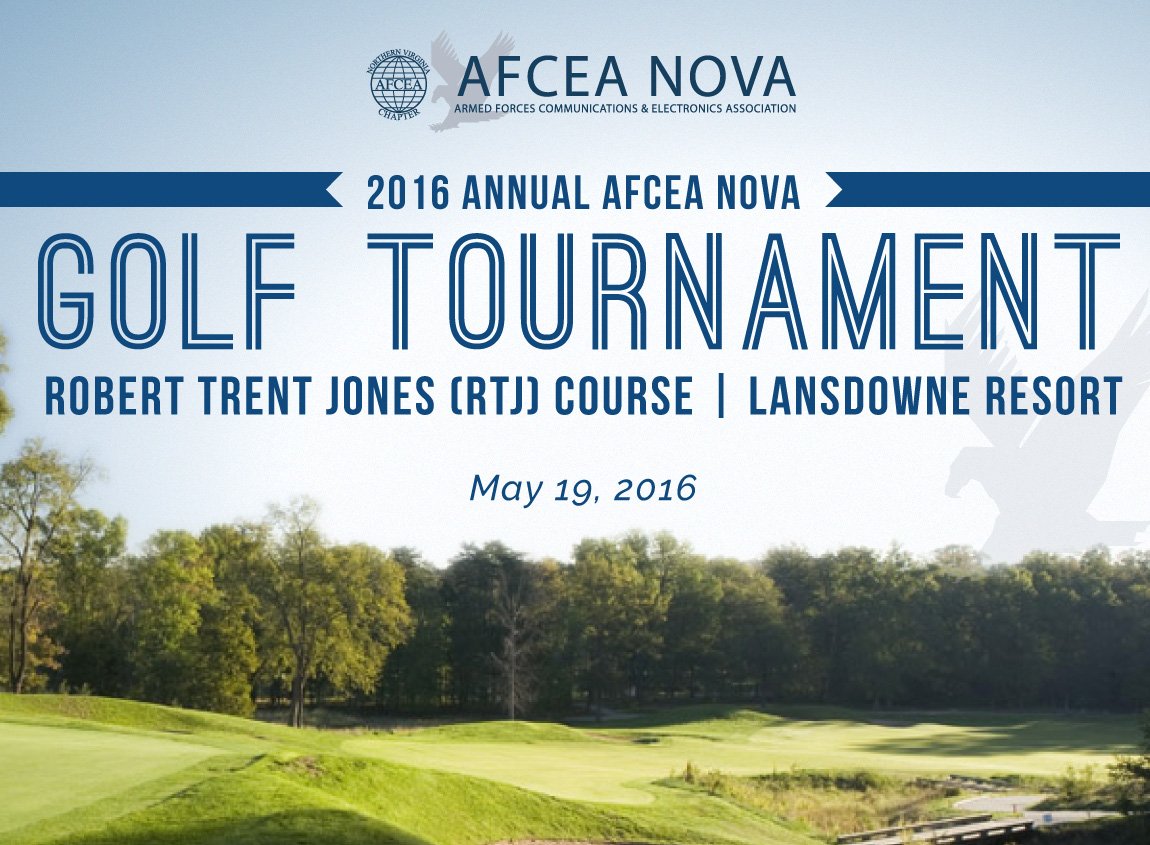 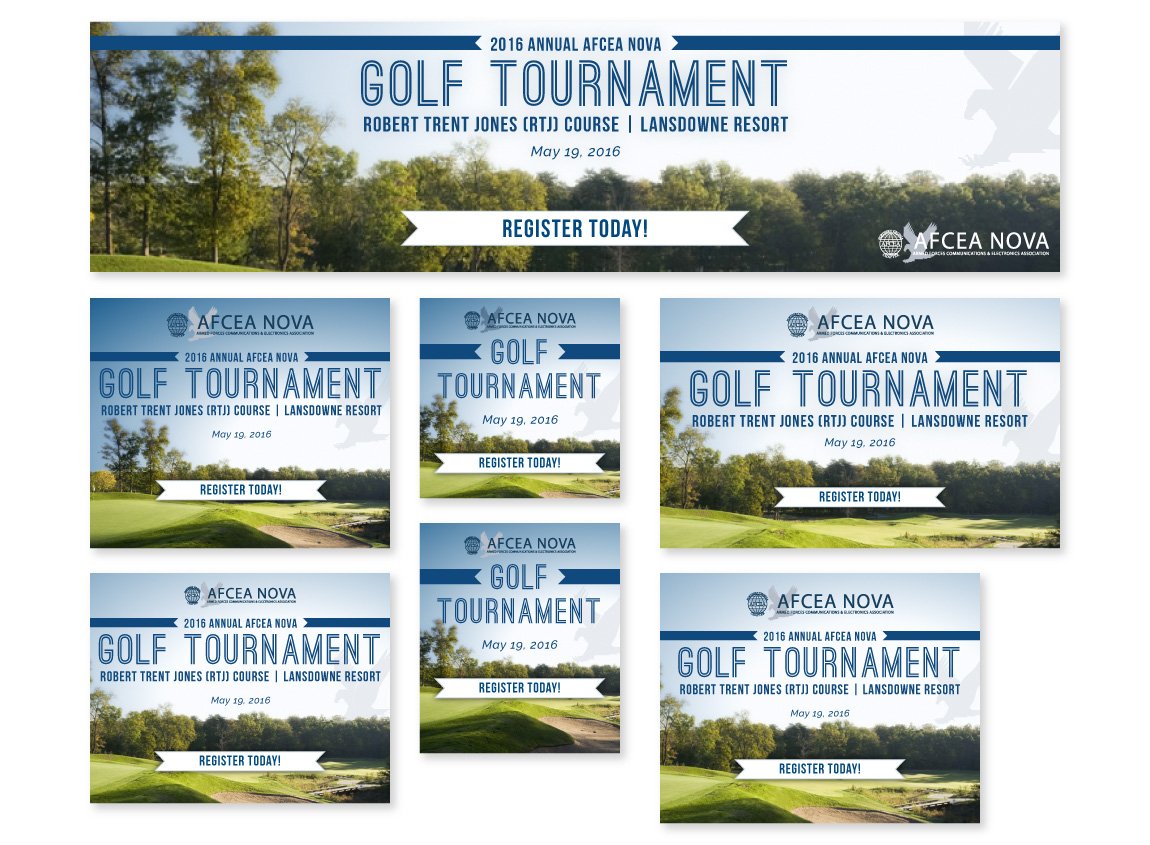 For more great web design, check out the responsive email design and development from the AFCEA NOVA WIN Rebrand.